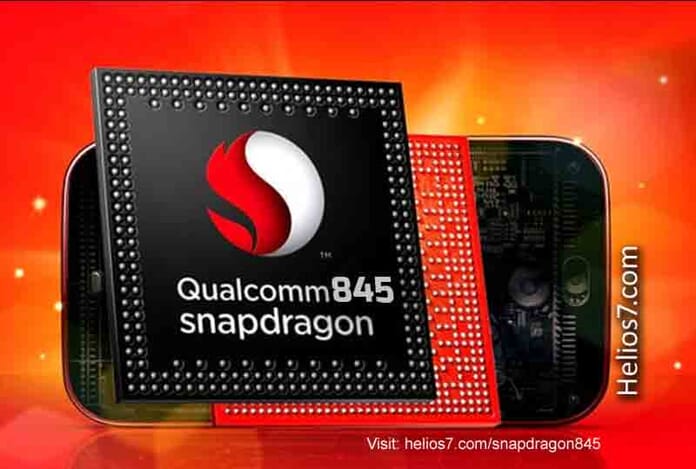 Qualcomm has released its latest Processor Snapdragon 845 which might power mobile phones including Xiaomi Mi 7, OnePlus 6 in 2018

All Android phones share same operating system Android. But it’s not the only thing they have in common. Most of them are built on the Qualcomm Snapdragon platform, a set of integrated processors on a single chip that is responsible for governing the different phone features. Today the most powerful chip company, which is found in many high-end Android phones on the market is the Qualcomm Snapdragon 835.

Watch Day in the Life with Qualcomm Snapdragon 845 Official Video

The latest chip will be known as Snapdragon 845, and it will reach mobile phones in the first half of next year. What will change in the Snapdragon 845 phones? It is a much more powerful processor. ” It is 30% more powerful than the current 835 but consumes 30% less energy”, said Keith Kressin, vice president of Qualcomm, during the presentation of the new component. Therefore, you can expect to experience 30% more battery life with the new Snapdragon 845.

Some of the Key Features of Snapdragon 845 are as given below:-

Safer – The new processor has a secure enclave within the processor which is isolated from the other components to store biometric data, passwords and sensitive user information. It is an area with additional security protections and is fully encrypted to prevent theft of information that could compromise the safety of users. ”

With biometrics as a form of identification, the need for better security has become a priority, ” said product manager at Qualcomm. “If a traditional password is lost, it is only necessary to change it. But once biometric security is breached, there is little to do. We can not change our face or iris”.

It’s also a measure of safety in usual iPhone – phones, but so far each manufacturer had to integrate this component on the phone independently. Integrating this component into the main chip, the task of providing the best phones biometric protection measures, such as facial recognition, becomes more simple and standard between different companies using Qualcomm components.

Smarter – In addition to improved security, phones equipped with the new processor will also have the easiest to take better pictures and record video better. The final quality will always depend on the components that the manufacturer choose when designing the phone, but the Snapdragon 845 includes several features to improve the outcome of the photographs, including a “portrait” mode capable of simulating the blur of a large opening a professional camera, even when a single sensor is used.

In the video section, the new processor will be able to capture movies in 4K quality HDR. The new image processor not only helps capture scenes but also to create them more realistic.

Qualcomm says phones equipped with this new processor will be used in virtual reality sessions.The company has also equipped the 845 in several specialized areas in artificial intelligence and machine learning that will allow Google and its partners create phones that can better recognize objects in a picture or listen to more accurately voice commands that are used with virtual assistants virtual.

More autonomy – Last but not least, the new processors allow extending the autonomy of the phone significantly. Qualcomm believes that an average phone will be able to offer up to 20 hours of continuous video playback compared to 12 or 14 which is common on Android devices nowadays. The phones will be compatible with fast loading systems capable of recovering up to 50% of the battery in less than 15 minutes. Improved autonomy not only due to the increased efficiency of the processor, but also an improvement in different radio components.

Mobile built around this chip will be able to connect to high – speed telephone networks – speeds exceeding 1Gbps LTE- and more efficiently in the case of WiFi networks, minimizing interference.The Bluetooth connection will also improve. With the new chip, the phone can more easily be paired with wireless headsets and other consumer electronics devices.

A competitive market Snapdragon processors are still the most widely used mobile phone, but Qualcomm has increased competition. Manufacturers with many resources, such as Huawei or Samsung, have begun in recent years to design their processors and communications chips in an attempt to differentiate themselves from their competition. Intel, which was little interested in the market of mobile telephony has gained significant share in the mobile market industry by launching modems for mobile devices. Apple and Qualcomm have these days a strained relationship with several lawsuits courses, although Qualcomm is still a provider apple company. To compensate for the presence of rivals in the market, Qualcomm has begun to look for new devices that integrate components such as cars, speakers, smart devices or virtual reality goggles.

Was Anti Gravity Technology used in this Indian Temple?

How to Secure Wifi from Hackers and Prevent Neighbours from Stealing...

These Android icon packs are free for a limited time Today

Star Wars Darth Vader will help you Clean your House with...