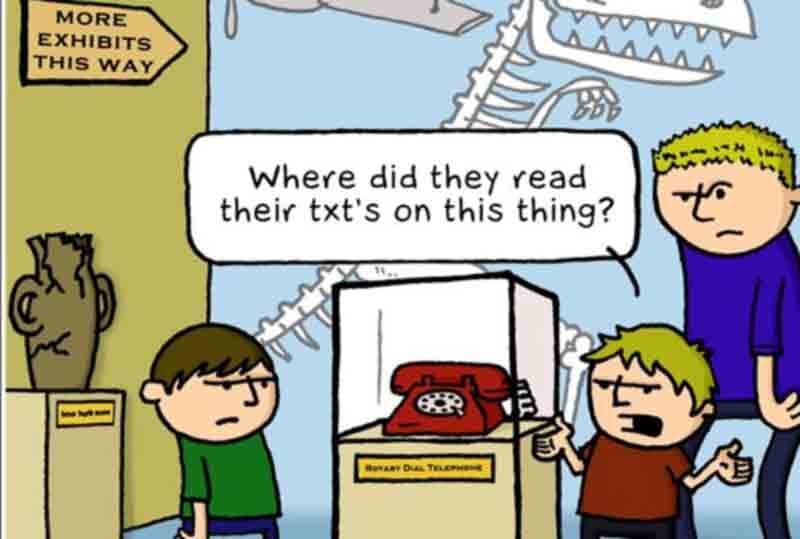 Those who were born in the 80’s have grown up adapting to each of the technological and computer changes they have been offering. They are known as digital natives and are presupposed a much more advanced knowledge than those born before 1980, which become part of the group of “strangers” (those of ” computing is not mine”). But it seems that in the end, both people use these tools in the same way.

Although young people who have been born in the past three decades have been constantly and progressively exposed to new technologies over the years, they do not seem to make a difference so great as to consider them “the millennials of the future” as if From another part of society to which they did not belong. As pointed out in the popular magazine Nature, in 2011, the Academy of Higher Education in York (United Kingdom) already realized this illusion and pointed out the following:”There is no evidence that there is a single new generation of young students entering higher studies that can be considered as the ‘Web Generation’ or ‘Digital Natives’ to the point of grasping the processes of change taking place in society “. In fact, they point out in the publication that young people behave in the same way as adults when it comes to absorbing passively the information presented to them.

Another point of concern is the role of these young people, who are expected to be able to do multi-tasking work without problems. But, from a teaching point of view, it is found that there is no real evidence that this can be so. In fact, “Nature” concludes, it is clear that the level of distraction a young man can get when he does not stop reading text messages on his Smartphone during a university conference can be compared to what adults have when they do not Stop fiddling with their mobiles and laptops during a company meeting.

Therefore, we do not make distinctions, after all, we are all part of the same digital boat and it is already a question of everyone, whatever age, to take advantage of that knowledge and put it into practice.