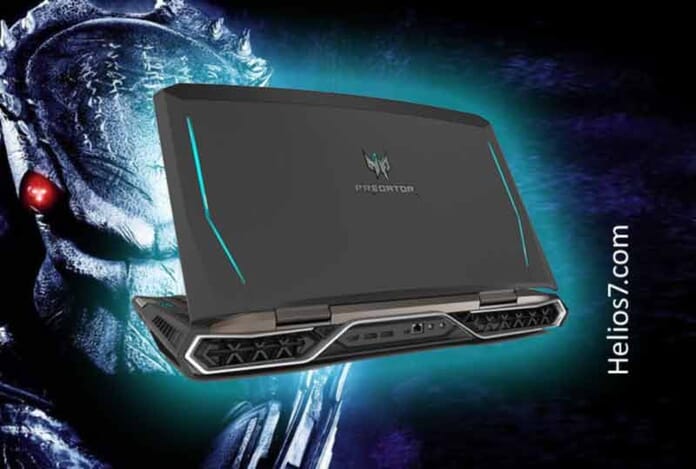 A bit surreal it may sound when we present to you about some of the crazy features of Acer Predator 21 X.

A round screen? On the laptop? Duple GTX 1080 Graphics Cards? And a small window through which you can see the cooling fan of the processor running around? Yes, we are not joking.

Acer Predator 21X got lots of fans at the IFA 2016, and it was a pleasure to watch. It requires two power supplies for its “hungry and thirsty” two GTX 1080 graphics cards.

But the madness does not stop there: it has a mechanical keyboard that uses Cherry MX switches, with RGB backlight under each key. A modular option has been made to make the right part of the keyboard where the numbers are replaced with the touchpad. A genius idea that could also be used on smaller laptops not intended for gaming. Above the keyboard is a triangular window through which fans can be seen, offering laptops to experience the visual pleasure their gamers have been enjoying for years.

It has Intel’s new Kaby Lake processor (7th generation), along with 4TB SSD storage. It also comes with 4 DDR4 memory slots for incredible 64Gb RAM. The sound is 4.2 sound system. There’s more than enough space for your massive Steam library.

On the left side of the keyboard, there are macro keys that can be used to launch special controls inside the game. Look to the side, and you’ll find a pair of full-size USB ports, along with the microphone and headphone input.

With 8kg weight, the Predator 12 X is not very portable and is just the opposite. But if you’re looking for a device which can offer a replacement for your desktop along with crazy amounts of hardware and power, and rounded resolution display 2560 × 1080, it will be a good substitute for a standard monitor and a desktop computer.

It’s huge, loud and sharp as it can be, but it’s hard to deny that the Predator 21 X is a bit monstrous with so much jammed hardware that it needs two power supplies. Acer still has to announce the price, but there is a great chance that you will have to put the house on a mortgage to buy it. The expected price of the Acer Predator 21 X is going to cost you $8,999 at Amazon.

To Buy or View Pricing and other details at Amazon India, Click Here

How to Select Top 10 Digital Marketing Companies in World ?

How to Find Top 10 Personal Injury Lawyers in New York

How to Avoid Job Scams Online ?

Clothes that Grow with your Child

Pennywise, The Scary Clown from the Movie IT returns to terrorize...