The Manchineel Tree is also known as the World’s Deadliest Tree. It is a tree that can reach 15 meters in height. It features gray bark, bright green leaves, and peaks of small greenish flowers. Its fruits are poisonous, and the sap of the bark causes burns, blindness (if it enters the eyes) and even death. 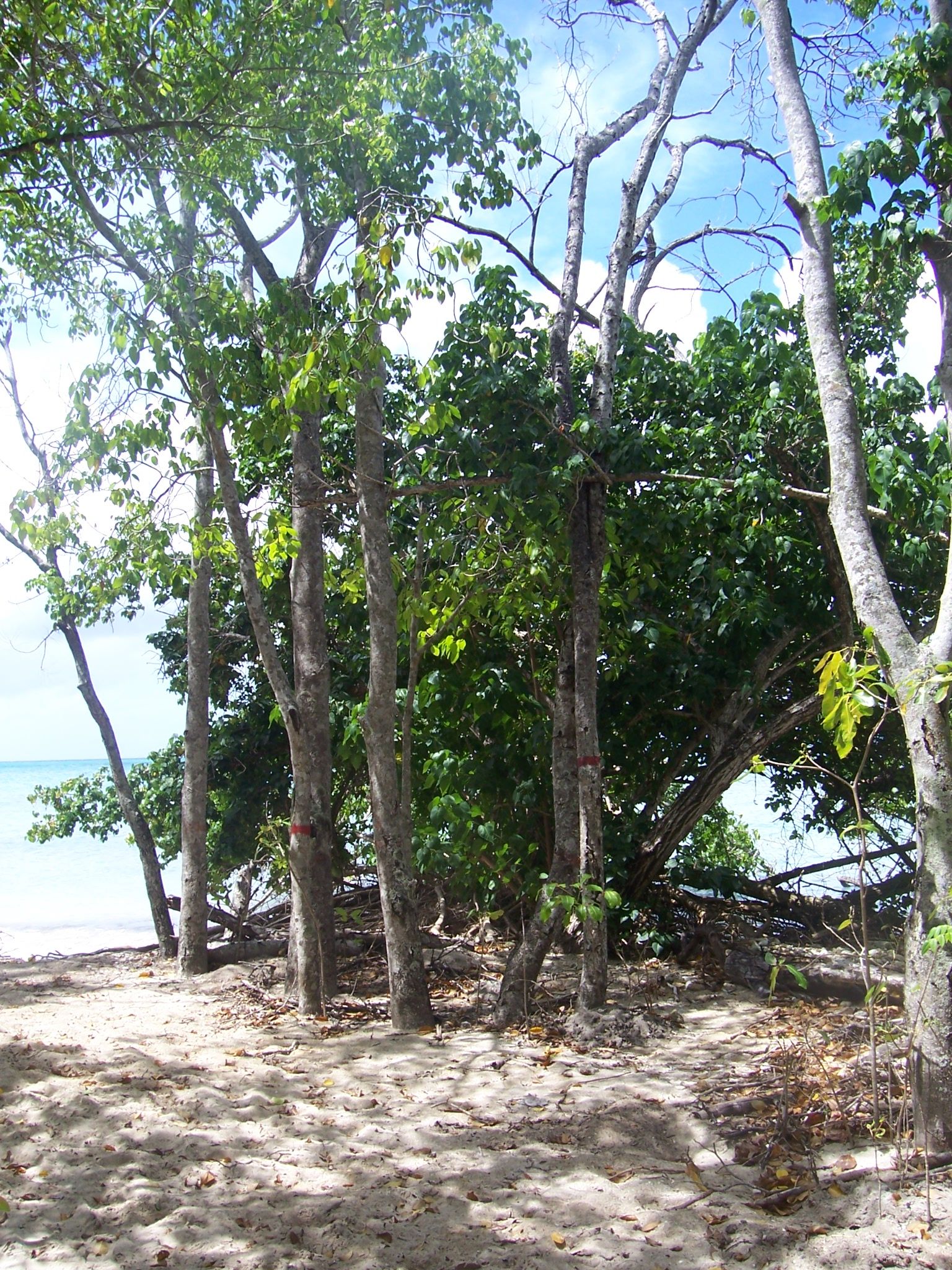 The Manchineel (scientific name Hippomane mancinella), is certainly the most dangerous tree in the world. It has a toxin that is present from the stem to the tips of its leaves, including the bark of the trunk and its fruit, which resemble small, attractive and scented apples, which makes this tree even more dangerous and deadly. This tree gets its name because of the Spanish word ‘manzanita’ which is the diminutive apple and was the name Christopher Columbus gave when he first encountered the tree where in the past it even served as an instrument of torture.

Manchineel also holds the Guinness Book of world record as the deadliest tree on planet earth. This tree bears fruit which looks similar to apples and might taste sweet and juicy. However, eating this fruit can trigger a painful reaction which can last for about eight long hours.

Why Manchineel is the World’s Deadliest Tree?

In many places, there are danger signs around them. However, this danger sign is not present at some places and unsuspecting tourists, who often seek shelter under the canopy of these trees. The problem is that even on rainy days, the drops come into contact with branches and leaves before reaching people can also cause serious burns.

The Deadly Story does not end here. If you burn branch or leaves of this tree, the smoke released can cause permanent blindness.

8 Benefits of Flying by Private Jet/Plane

What is the meaning of Wanderlust

Cantabria, the second best european destination in 2018 for Lonely Planet

Top 20 Most Beautiful Places to Visit in the World

Millennials to Millionaires Working from Home

The best apps to scan documents with your mobile