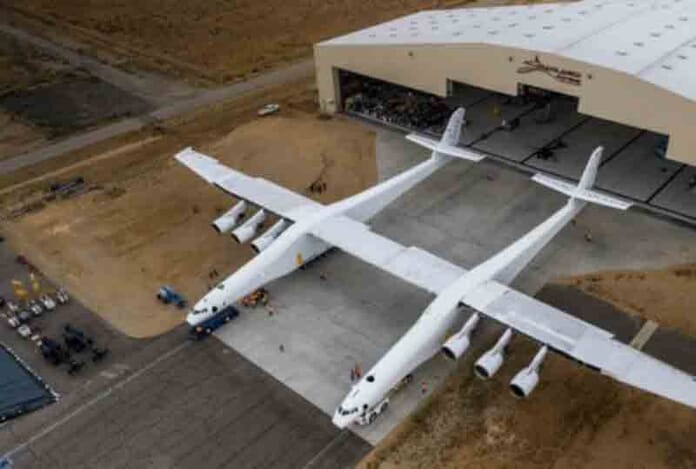 A hangar in the Mojave Desert, California, has been the setting for publicly presenting the first model of Stratolaunch, the world’s largest airplane. A technological prodigy whose creation has been driven by billionaire Paul Allen, founder of Microsoft.

The aircraft consists of 2 bodies or cabins joined by a wing of 117 meters, in which are coupled six engines identical to those used by a Boeing. Its weight is higher than 220 tons and can carry a load of 600 tons. To make it possible to take off, this colossus of the skies needs a track of just over two miles.

But what will be the destiny of this majestic plane? Space. Its purpose is to support NASA missions by placing charges into orbit or transporting astronauts to the International Space Station. Its creators say that the cost will be 70% lower than what is supposed to do on Russian Soyuz ships.

It must be said that Stratolaunch is late, as it should have initially made its first orbital flight in 2016. Now, the new scheduled date is 2019.