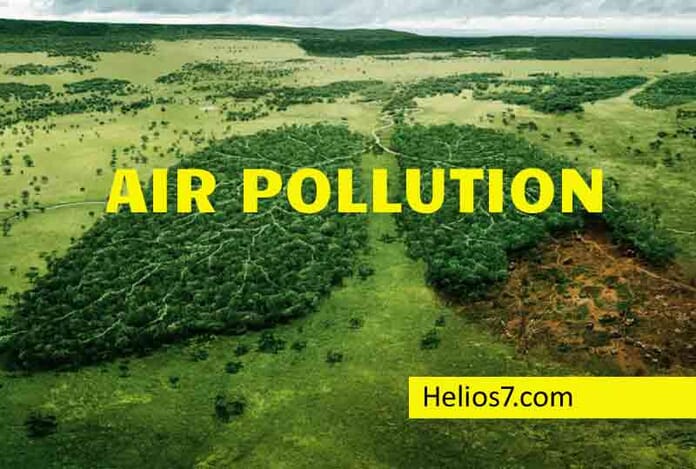 Breathing contaminated air is highly detrimental to the health and proper development of human life. We have heard these statements hundreds of times and reacted against them over and over again through demonstrations, changes in our consumption habits and worldwide mobilizations to combat the effects of climate change.
Do we know exactly how pollution affects us? Science has proven it dozens of times, and yet sometimes it seems that we are not entirely clear what damage on the planet can cause in our body. That is why today we review six scientific studies that show how it damages us to live in a contaminated environment.

Serious Impact of Air Pollution on our lives

According to a study led by the Institute for Global Health of Barcelona, ​​breathing polluted or poor air can make our life shorter. These researchers were able to demonstrate that concentrations of air pollution can significantly reduce life expectancy.

Some cities have poor air quality due to the presence of tiny particles of dust, poor combustion, and waste from local industries. Breathing contaminated air causes cardiovascular disease and failure of the respiratory system, leading to premature deaths that could be prevented by improving air quality. According to data from the World Health Organization, in the case of Spain, about 7,000 people die each year because of this type of complications.

Chronic Obstructive Pulmonary Disease, better known as COPD, has a higher incidence in those who smoke or are continuously exposed to tobacco smoke, but also in those who breathe contaminated air. According to the WHO, air pollution causes about 950,000 deaths per year per COPD.

4) It increases the incidence of cerebrovascular accidents

Strokes or strokes cause 1.4 million deaths annually. These occur when blood flow in a certain part of the brain stops, which is enhanced by air pollution caused by solid fuels such as oil or coal.

5) It generates failures of the cardiovascular system

Arrhythmias, myocardial infarctions, and cardiac congestive failures are just some of the effects of air pollution on the cardiovascular system of those exposed to poor air quality.

The Global Health Institute of Barcelona and several German centers worked on a joint project that demonstrated how increased exposure to air pollutants causes hyperactivity and attention deficit in adolescents. To test this hypothesis we studied the behavior of German children and young people from birth to 15 years.

Watch Videos How Air Pollution is damaging our health and environment ?