Talent Recruiter HiringSolved researched the resumes of the candidates who were selected last year by the 25 best companies in Silicon Valley, to determine what companies are looking for based on actual hiring activity. Discover what systems and programming languages ​​you need to be in the eyes of the recruiters of companies with high technology specialization.

Methodology of the analysis of demanded programming languages

HiringSolved analyzed hundreds of millions of public profiles with arithmetic intelligence systems to determine which technical skills translated into systems and programming languages ​​were repeated among selected candidates. They developed an algorithm that allows indexing these skills, identifying their market price. Once it reached the dominant skills, 10,000 candidates were chosen who ran those programs and were hired or promoted in 2016 from 25 Silicon Valley companies.

Most Popular Programming Languages and Systems in 2017 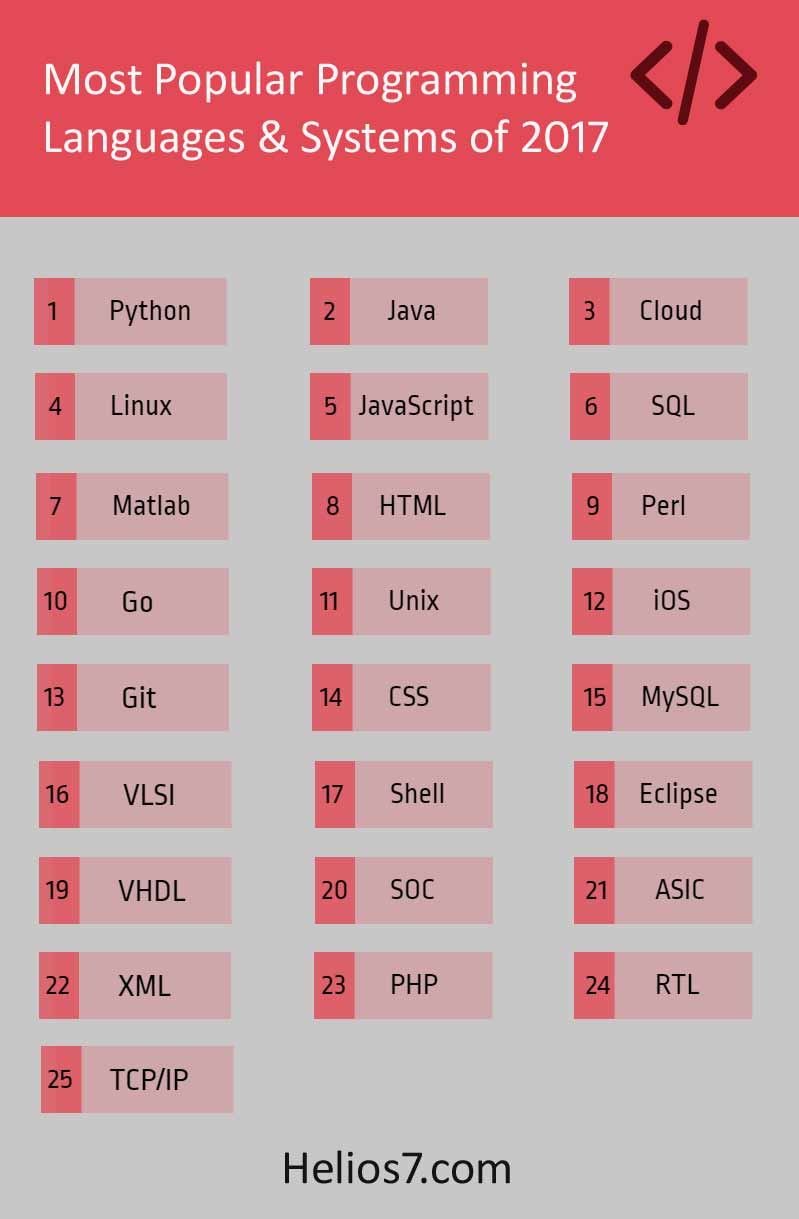 It was extracted that the technical skills more demands are related to the handling of systems and languages ​​of programming. The best positioned is Python, a multiparadigm language whose purpose is to achieve a friendly syntax for the code to be readable. Secondly, Java is requested, the computer platform that allows the operation of various applications and websites. Cloud ranked first in 2016 and dropped to third for this year, a virtual infrastructure that multiplies the number of applications per computer node.

In the background, it stands out the free software Linux that constitutes the operating system GNU whose open code is completely modifiable. A ladder below is JavaScript, The programming language associated with the creation of dynamic websites decorated with animations, effects, actions detached from buttons or windows that transmit messages to users. Finally, the Top 6 is closed with SQL (Structured Query Language), another programming language that allows gathering information from a database to update it, being interactive and relatively simple to apply.