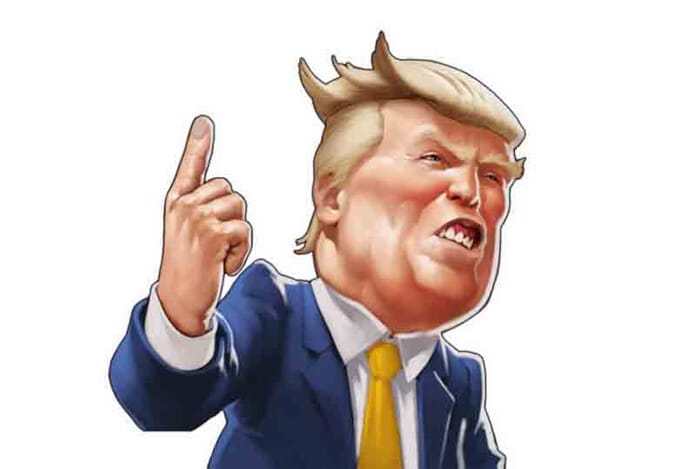 President Donald Trump promised this Monday (06.01.2020) to restore order in the United States after the largest outbreak of protests in decades, caused by the death of a black citizen (George Floyd) at the hands of a white police officer and threatened to deploy soldiers in the capital Washington and other cities if the violence does not stop.

“If a city or state refuses to take the actions necessary to defend the life and property of their residents, then I will deploy the United States military and quickly solve the problem for them,” Trump said, WHILE referring himself as “your president of law and order and an ally of all peaceful protesters.”

This Monday, there was destruction in Washington, burning American flags and walls painted with slogans against the police in the vicinity of the White House. The presidential residence was in darkness and the president was housed in the bunker.

“What happened in the city last night is an absolute disgrace,” Trump said from the White House, as police dispersed a protest yards from the building.

Trump announced that he will deploy military personnel in the capital to stop “the riots, looting, vandalism, attacks and the free destruction of property.”

“If a city or state refuses to take the necessary steps to defend the life and property of its residents, then I will deploy the United States Army and quickly solve the problem for them,” he warned.

Shortly after police cleared protesters stationed outside Saint John’s Church, a historic building near the White House damaged on the margins of the protest on Sunday, Trump walked to the scene and allowed himself to be photographed with a Bible on the hand.

Meanwhile, the mayors of Washington and New York decided to extend the curfew. In the capital, it started on Monday at 19:00 local time, although dozens of protesters were arrested for violating the measure.

In New York, the restriction will begin this Tuesday at 8:00 p.m. local time due to looting.

Impact of Covid 19 Lockdown in India