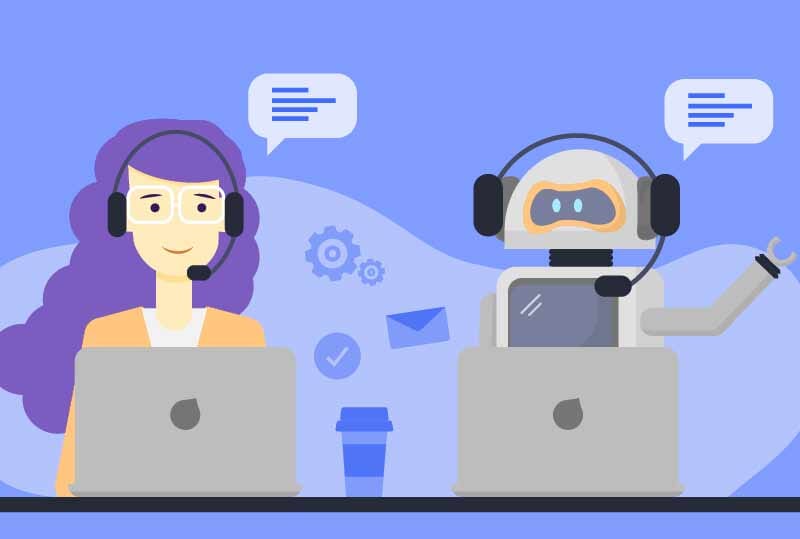 Why companies are relying on robots to serve customers

Robots can do more tasks as compared to a human and it is a fact. Humans want more and more tasks to be assigned to robots. And it’s not something new: in the 80’s we saw in movies like Robocop and Terminator, how Robocop used to patrol the streets and Terminator were sent to kill Sarah Connor. Now we are going one step further and we send these artificial intelligence to do other tasks that nobody wants to occupy. One such area is customer service.

It is difficult to imagine Schwarzenegger answering complaints from telephone users, but we are surprisingly close. More and more companies are relying on chatbots (conversational robots) to manage the first deal with their consumers and there are startups that design them. This is the case of Chatbot Chocolate, the first Spanish agency that designs and trains chatbots.

Yes, train. Because of these robots (integrated into messaging applications like WhatsApp, Facebook Messenger or Telegram) and require specific training to be able to respond correctly to the questions asked by users … Without going crazy like those famous artificial intelligence that Facebook had to close by moving from lists and creating their own language.

These days, Companies want to have everything under control, they do not want a bot to escape their hands … It’s a brand image.”

If I call a telephone company for a simple consultation and instead of holding a waiting queue, my inquiry is solved by a chatbot, I am quite happy.

Because the media have found a niche here. A way to attract readers in a kinder way than through social networks or through mobile applications. One example is Politibot, a project led by journalists Maria Ramirez and Eduardo Suarez. It is a conversational robot based on Telegram that reveals the keys of the daily news through text and multimedia messages. Such was his success that he is nominated for the prestigious Garcia Marquez awards in the category of journalistic innovation.

Patricia takes out her cell phone and shows me one of the chatbots she has designed: pharmaceutical information. You enter the name of a drug and it gives you all the data about it, price, how and where to buy it and side effects.

“Many companies apply not only to interact with their customers but to use it in their internal processes,” continues the programmer. Thus, if there are doubts about the procedure at any given time within the company, the bot comes to the rescue. “It’s a way they have to test how it works,” he reasoned.

They are also positive about the future of a booming sector: they will not assume job losses. It will always be necessary to have someone in charge for more complicated cases or to train the robots. “Do you think a company would give up a 100-person call center?” The programmer asks. We pick it up. Could a robot replace 100 teleoperators? It’s hard to know if Terminator could handle so much pressure, but it’s easy to figure out how he’d say goodbye to his customers: Sayonara, baby.