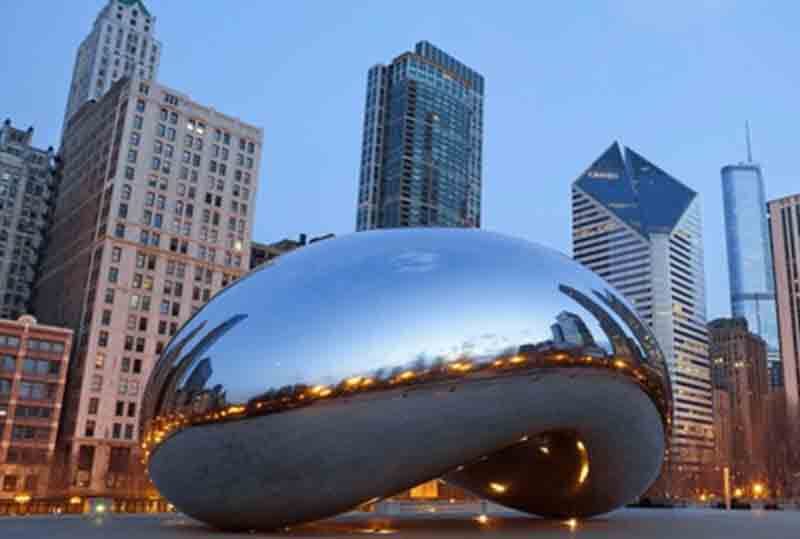 The best companies in the world settle in Chicago taking advantage of their advantages and opportunities to do business. Know the reasons why some experts identify it as the new Mecca of technological companies.

Located in the state of Illinois, Chicago is the third largest city in the United States, and one of the first to install technology companies . Multinational companies of all kinds, from pharmaceutical companies to aviation companies and global technology giants like Google or Amazon choose this city to settle.

Why do business giants decide to expand their presence in Chicago? What has this city that has no other? Are we facing the new Silicon Valley?

While it has traditionally welcomed all kinds of industries, it now seems to want to imitate New York more emphatically than before, offering opportunities for the world of technology .

The fact that large companies move to the city draws the attention of local and international experts, but what is most surprising is the constant creation of new ventures in the city . For hundreds of years hundreds of startups have settled in Chicago, in what seems like an isolated act, but in reality can be justified with three fundamental factors.

First, we must say that the local government strives to increase the power of its internet coverage , trying to become one of the cities with the best connection capacity in the world. In addition, they have fostered and implemented measures that link their universities with city businesses , creating jobs and motivating teens to study careers considering Chicago’s job opportunities. As if that were not enough, the levels of the University of Illinois in Engineering and Technology are practically excellent. These three factors directly influence and support the decision of large and small companies to move to Chicago or to create their own businesses directly in the city.

In addition, it is necessary to emphasize that the low cost of living of the cityis a great attraction for the small investors who seek to develop the potential of his company but they have little capital. Compared to New York or San Francisco, day-to-day costs are lower in Chicago, both for homes and for small and large businesses .

To make matters worse, a study published by the investment group Hyde Park Angels showed that companies that settle in Chicago are more likely to be considered profitable. This is because, by comparison, placing a company in this city is 42% cheaper than doing so in Silicon Valley .

Agile installation processes, demand for jobs in the technology sector and the certainty of having professionals and students trained to do the job make Chicago the ideal city for entrepreneurs of all kinds, and a strong competition for Silicon Valley as a mecca of technological companies .