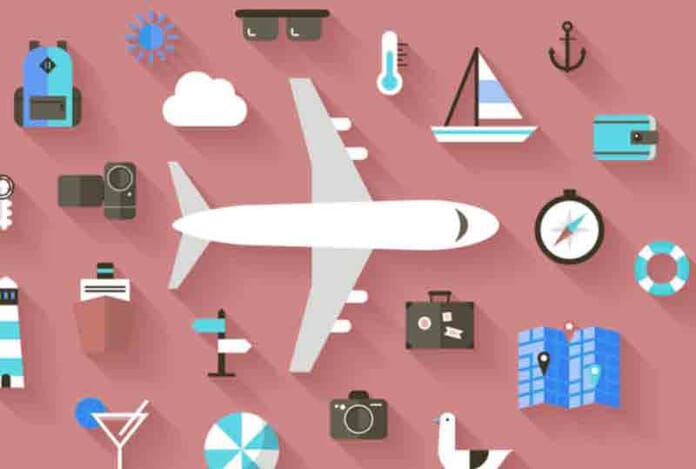 We bring you some of the most beautiful places in this world which you must see before you die.

The song said that “Life gives you surprises, ” but it is Mother Nature that never ceases to amaze us for a moment. There are places in the world where it manifests itself in forms and colors that will astound us forever. Although these are many, from Skyscanner, we leave you a selection of ten of them scattered all over the Globe. The largest salt desert on the planet – about 10,600 square kilometers – lies more than 3600 meters above sea level. This makes this white blanket without end that is the Salar de Uyuni is confused with the sky in the distant horizon.

Surrounded by a crown of mountains, the thin layer of water that covers part of its surface produces beautiful reflections of clouds, peaks, and some mirage, as in any desert worthy. The best time to visit the Salar de Uyuni is November, the breeding month of the three species of elegant flamingos that live near the multiple lagoons of the place. Do not miss to visit the island of Fish, with its cactus up to 10 meters high and impossible sunset colors. Near the southern coast of Peru, and only 5 kilometers from the city of Ica , is an emerald-colored lagoon that has emerged from the subsoil of the Pacific coastal desert. It is the Huacachina Oasis. Around it palm and eucalyptus trees have grown at the same pace as accommodation to accommodate the many travelers passing by.

One of the biggest attractions of the oasis of Huacachina, sandboarding, does not come from the water but the desert. Bring your board to the shoulder and get ready to descend the dunes at full speed. The Waitomo Caves are one of the innumerable natural attractions of the North Island that, according to famous film director Peter Jackson, is the most beautiful country on Earth. This system of interconnected caves has the strange peculiarity of being inhabited by a species of insects of the family of the glow worms – called glow worms – that only inhabit in New Zealand and Australia.

Stay in one of the caves with the water by the knees, turn off the light of your helmet and look at the ceiling. The spectacle of seeing hundreds of little blue and green lights above you, as if it were a starry night outdoors, is priceless. In the case of this cinematographic scenario of the sublime film _The Mission, _ as it usually happens, reality surpasses fiction. The portent of nature that is the Iguazú Falls is in the list of the 7 Natural Wonders of the World in its right. Stay hypnotized by the powerful water fall in the Devil’s Throat. Discover up to more than 250 waterfalls walking through footbridges over the Iguazu River, sailing through the waters of boats or canoes, or into the jungle like the ancient Guarani. With vastly depopulated and untouched territories, Australia is a country that will not fail to surprise you sensitively. Although the great rock of Uluru is its best-known attraction, there are many other lost places that will make us wonder if we are on another planet.

One of these is the Pinnacles Desert, located within the boundaries of the Nambung National Park in Western Australia. Thousands of calcareous formations rise from the sand in shapes sculpted by the whim of the wind. Some are really small others measure meters. A landscape that seems out of a surrealist picture. A river watercolor that is born in the southern part of the Colombian Sierra de la Macarena, embedded in a jungle ecosystem, and barely reaches a hundred kilometers. The crystalline water of Caño Cristales runs through a course plagued by small jumps. But it is not these rapids that will captivate you. The bottom of this shallow river is a colorful mosaic where the red predominates, but we will also find blue, yellow, green and black tones. The culprit of this visual spectacle is a sedimentary kelp called Macarenia Flambé.

In central Anatolia lies the historical region of Cappadocia. In it are valleys, gorges, and mountains made of a rock of fragile consistency. The wind and rain have eroded them for millennia, and the result is a spectacular landscape that seems to be the result of the imagination of an abstract sculptor. To make it more attractive, rocks, earth, and grass have camouflaged whole cities. The spectacle is completed by the colorful balloons that populate the skies every day. A nice way to watch this show is undoubtedly from the heights. Dunes that end at long lonely beaches and green shrub lands that emerge from the sand alongside impossible small lagoons, face the Indian Ocean that seems to want to show all possible shades of blue off the southern coast of Mozambique. Add to this a marine background rich in life and color, and you have an archipelago of islands that will leave you captivated for life. If you choose the season well – between November and April – you can also swim next to the largest mammal that exists: the whale shark. This formation of some 40,000 basaltic columns that lies to the northeast of the island of Ireland was created by the almost instantaneous cooling of lava rivers about 60 million years ago. This boring story is told by geologists. Stop science and listen to any Northern Irishman who wants to tell you the legend. Two giants of ancient times were fierce enemies, and they threw rocks at each other. The Irishman (Finn) put them in Staffa, one of the islands of the west of Scotland, where lived his nemesis, Bennandoner. The Scots have been here exposed for the rejoicing of the traveler in search of strange landscapes. One feels insignificant next to ice giants like the ones you can find in the Los Glaciares National Park in southern Argentina. In this inhospitable territory has flourished a tourist industry that has its main pillar in the magnificent Perito Moreno glacier.

El Perito is an ice wall about 5 kilometers long and up to 60 meters high that continues to advance a few centimeters each year. It can be observed from the catwalks or on boats that are kept at a prudential distance to avoid being reached by some of the fragments of ice that are dismissed in one of the spectacular and frequent collapses that the wall undergoes by the erosive action of water and wind.