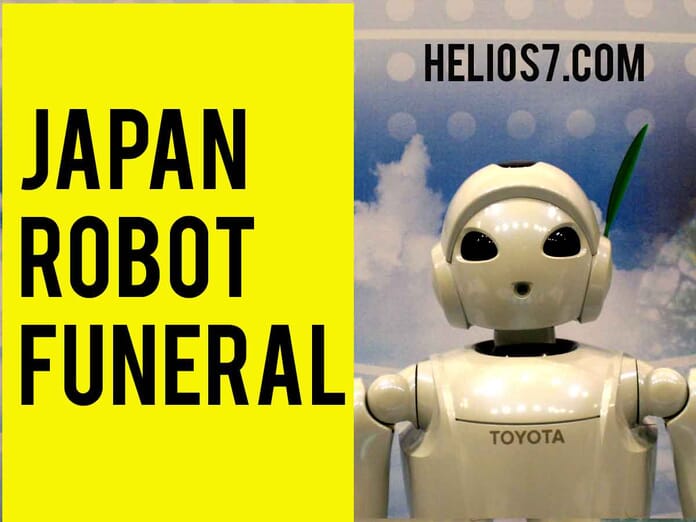 The robot Pepper was introduced in society in 2015 and, since then, its unmistakable white head has become very popular. To this android of a meter and a half of height, we have seen it dancing, doing the tourist guide, of a receptionist in a hotel, and of an employee in a bank. But, now, its creators have found a new job: officiating Buddhist funerals in Japan.

The Asian country is the most expensive place in the world to die for. It is estimated that an average funeral (including burial services, casket, urn, and niche …) can range from 10,000 to 40,000 euros. For this reason, it is a tradition in Japan that all relatives and close friends of the deceased make a monetary contribution (similar to that made in Spanish weddings) to help defray costs.

And what does Pepper paint on all this? According to its creators, to hire the robot is cheaper than having the services of a true Buddhist monk, which helps to lower the total price of the funeral. And the result seems to be just as effective, as the android is familiar with all the details of this delicate ritual.

Pepper wears traditional robes and recites Buddhist sutras. Also, it carries a screen in which you can see photos of the deceased and messages of condolence of your loved ones.

High Heels at Work are Necessary as per Japan Labour Minister

Most Beautiful Robot in the world 2017 is from Tokyo

How Google Error broke half the internet in Japan