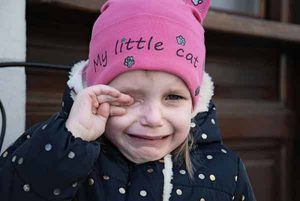 People may need multiple doses of a possible vaccine to develop immunity to the Coronavirus, and the distribution of vaccines will demand the global effort, said Microsoft co-founder Bill Gates.

“Right now, it doesn’t look like any vaccine is going to work with just one dose,” as was “hope at first,” Gates told the CBS Evening News newscast. He stressed that, if a multiple dose is necessary, more than 7,000 million vaccines will be required worldwide.

“None of the vaccines at this point appear like they’ll work with a single dose,” Gates said. “That was the hope at the very beginning.” he told the CBS Evening News newscast.

As he admitted, “there will be a lot of uncertainty” about the efficacy of any vaccine, but, he added, it is a solution “that will improve over time.” On Tuesday, US President Donald Trump resumed his press conferences on the COVID-19 pandemic and admitted that the situation in the country is going to worsen.

Regarding the development of vaccines and treatments, the president assured the willingness to cooperate at the international level and, when asked if his Administration would collaborate with China , said that they were willing “to work with anyone who is going to report a good result to us.”

This is read in a statement, which added that it also allows the United States government to purchase 500 million additional doses . The vaccines initially produced will belong to the federal government, and Pfizer will administer the doses in the United States if the vaccine receives authorization or license for emergency use from the United States Food and Drug Administration (FDA).

“Through Operation Warp Speed, we are putting together a portfolio of vaccines to increase the likelihood that the American people will have at least one safe and effective vaccine as soon as this year ends,” said Health Secretary Alex Azar in the notice.

“Depending on the success of clinical trials, today’s agreement will allow the delivery of approximately 100 million doses of vaccine developed by Pfizer and BioNTech,” added Azar. According to the official, this is a “historic” agreement. “It is a contract, an advance purchase contract, where we can acquire 100 million doses of this vaccine from December 2020 and have the option to buy an additional 500 million doses”

Online Marketing in 2022: How to Stand Out

How to Learn Forex Trading with a Free Demo Account