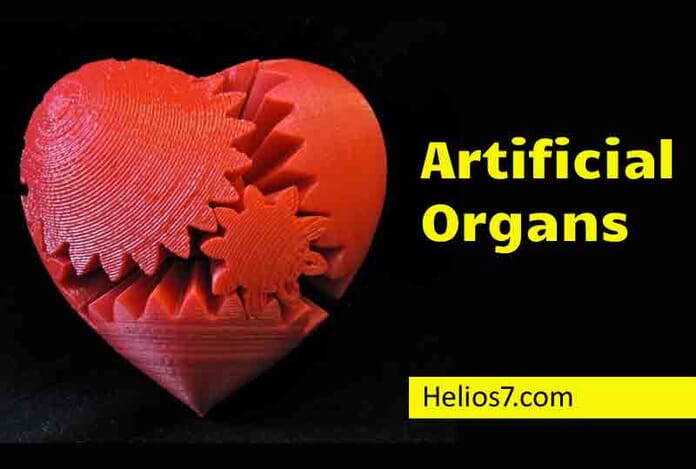 We tell you what organ designers do, the profession that will save lives by eliminating waiting lists for transplants in the future.

The design of organ is in the sights of medicine and technology because it is one of the most promising future professions, which is already having its first experiments. One of the most positive consequences is that it will eliminate waiting lists for transplants because they can design organs as they avoid years of suffering and even death.

What do artificial organ designers do?

They create biological structures such as bones, cartilage, and organs that are layered with 3D printing. It is a joint effort between doctors and engineers, but specific careers are already being planned to teach this profession in depth. It is currently useful for organ transplants or medical experimentation, for example, by printing livers in 3D to test drugs.

The goal is to improve the quality of life, expand employment options, generate business and especially reduce transplant waiting lists by designing personalized organs for those who need to receive them.

The challenge that organ designers face is to enter into the fabrication of structures from the cells of the person as a method of protection against rejection that could generate the body towards technology. The creation of organs or tissues as we know them will evolve towards new artificial functions to improve the organism and even organs unknown until now, as is the case of Neil Harbisson, English with an antenna implanted in the head to perceive colors as born when seeing in black and white.

The ethical questions soon began to flourish when the possibility of printing 3D organs appeared. Specialists will be needed to determine the quality of organs manufactured to ensure that economic aspects do not intervene in the product that the patient receives, impacting on their quality of life.

The cost of technology and its egalitarian accessibility is an issue that is already being addressed, as well as the black market of printed organs for people who can afford it.
Organ transplantation in Spain

The Ministry of Health, Social Services, and Equality announced in January of 2017 that Spain is a pointer in traditional transplants of organs in the world. He has been occupying the position of privilege for 25 consecutive years, reducing waiting lists in 196 patients between 2015 and 2016 of the almost 6,000 who are waiting for his opportunity. Taking into account the history of transplant effectiveness, Spain is an ideal market for organ design because it already works the area successfully. Instead of waiting for the arrival of a miraculous organ and perhaps dying in expectation, the patient will receive a structure adapted to himself.

Traditional organ transplants may not go away when it comes to urgency, with no time to create implant technology. It is likely that even 3D-printed organ banks will be made in a standard format to ensure that it is received on time and later to design a specific one, although this method could lead to rejection of the standardized organ as is currently the case with the medicine we know of.

Currently, the National System of Transplants manages an egalitarian policy in which no donor knows to whom his organ will touch, nor obtain some reward. At the same time, the beneficiary does not know who the organ is from and does not pay for its acquisition. In countries such as the United States and Germany, meetings are organized between donor and beneficiary, a practice that Spain does not endorse because it incites discrimination if, for example, someone does not want to donate their organ to a person with another religion or skin color.

They design a bionic hand equipped with an artificial eye