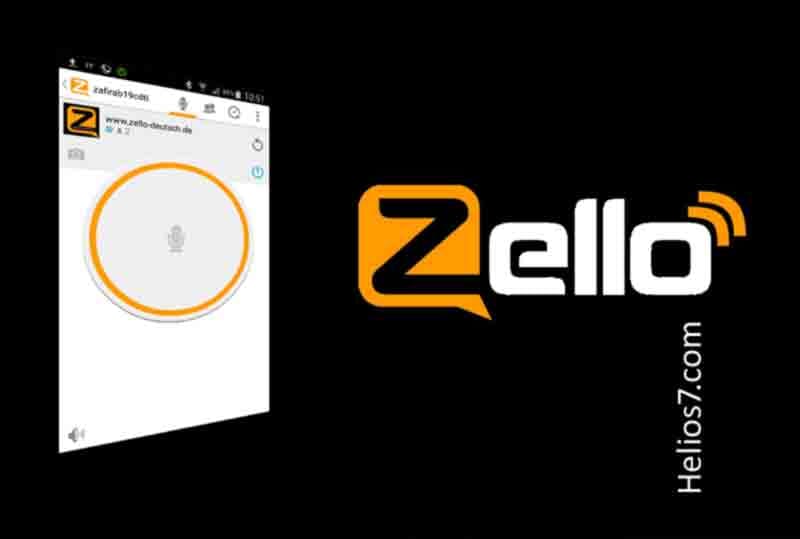 In a week, more than 6 million people have downloaded the Zello application to prepare for the arrival of Hurricane Irma and have become the most downloaded app in the United States.

It has been number one for several days and has surpassed Facebook, YouTube, Snapchat, and various other popular apps.

Irma is now a tropical storm but continues to hit central Florida on its way to the northern United States. Globally, there are more than 110 million people, according to Zello.

The app is free and works like a walkie-talkie with different channels, such as on radio, where people share information and audio messages to a group or in private.

The application performs the function of a Walkie-Talkie but from a smartphone. However, the application requires an internet connection, via wifi or some data connection plan.

Some posts that circulated in social networks ensured that it was not necessary to connect to a network, but the company has clarified. On its website, www.zello.com, there is a warning in red in which they warn that the application needs internet to work.

The company’s co-founder and chief technology officer, Alexey Gavrilov, wrote in a post on his blog about the number of downloads.

“We’ve seen how a large number of people are downloading Zello in preparation for Hurricane Irma. More than a million joined in a single day, most users were from Puerto Rico and Florida, ” wrote Gavrilov.

People began to download the application on a massive scale last Monday when news broke that Hurricane Irma would land in the Caribbean and southern United States. That is why the company has had to increase resources.

“With the increase in a number of new users and emergency situations Zello staff is working hard to increase capacity or improve customer service,” company director Bill Moore told.

How does it work ?

Unlike messaging applications, people do not have to dial a number or send a text message to talk to people.

Instead, they have to press the central button that appears on the screen to talk to other people in real time.

All you have to do is join one of the channels (topics of conversation) that are already created and that support up to 2,000 users at a time.

You can also create a channel or theme of your own and speak with thousands of people at a time or with a smaller group, even with a single person. It all depends on the channel you choose.

It is primarily used to share information when phone lines are not working or are not secure. Zello is available in 20 languages and also has a web version.

Why is it so popular

Applications able to help coordinate rescues become very popular in extreme situations, and Zello is just one of them.

But why is it so popular?

The application is not intended to be a substitute for government recommendations in the event of natural disasters or rescue agencies, according to its website.

The Company blog of zello has clarified that “it is not a rescue tool for hurricanes, it is useful depending on how people use it and as reliable as the data that is available on the network .”

However, utility and its use at key moments have earned Zello a good reputation.

In 2013, only a year after its creation, thousands of users came together on Zello during the Ukrainian crisis that was especially experienced on the streets of Kiev and the Crimean peninsula.

Also, Zello was the application which helped protests in Venezuela, even being blocked by the national Internet provider CANTV, owned by the public.

Most recently, the Cajun Navy group, a volunteer association set up after Hurricane Katrina to do rescue work with private operators, said Zello was the application they used during Harvey’s storm . The work of this team of volunteers is highly valued by the public for its speed and effectiveness in many rescue operations since the hurricane that devastated New Orleans in 2005.

Also, Zello, like other applications operates on a different bandwidth that normally works when calls and phone lines are disabled or do not respond.

Part of the success of the application is that, in addition to being free, it can be downloaded on different operating systems from Apple, Android, Blackberry, and Microsoft.