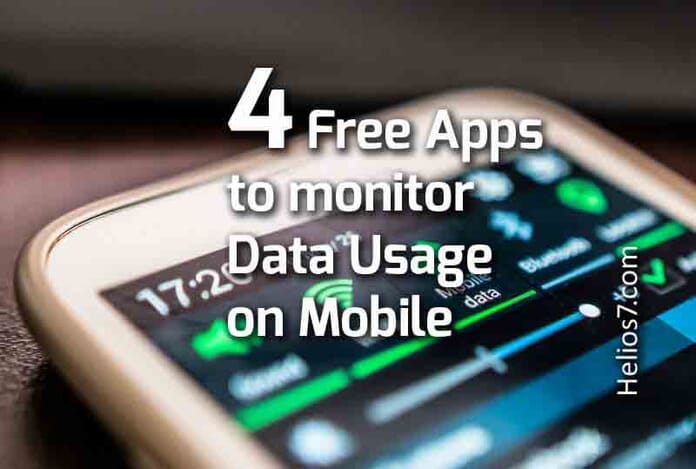 Mobile data represent a significant expense for many people, but controlling consumption is a task that is becoming increasingly complicated.

There are many hours spent using the Internet on mobile devices, and often the data plans are depleted earlier than expected.

There are several free applications on the market designed to control data spending and to enable the more efficient use of data.

Following are some of the useful apps

Google just launched this app that serves to Android phones and works by an analysis by the hour, day, week or month of data consumed.

The user receives recommendations for saving data, but it also offers additional functionality to activate an option called “control your data.”

This is a system that blocks applications that are in the background (especially those which consume data while running in the background) and users can disable one app if it is consuming too much data.

It also tells you if there is WiFi networks near where you are and recounts data you spend in real time. It helps you block applications that are in the background is a smart way to spend fewer data.

According to Google, this service allows each user to save up to 30% of the data used. “By tracking the use of mobile data apps, save more data and more from your phone will take advantage, ” says the company’s blog.

2. My Data Manager – For both Android and Apple Devices

It is available free, but it also has paid version which lets you configure app in detail while tracking data usage on 3G / 4G, WiFi networks and roaming (Roaming for using foreign companies).

It allows you to temporarily disable applications that consume more data and set alarms to warn when the limit is exceeded.

This application developed in the United States and has been available in Google playstore since 2011 and is one of the most successful apps for Android phones. It has both a free version and a “Pro” version (paid).

Not only analyzes the 3G mobile data, but also 4G, 2G. Edge and GPRS.

What are the differences between E, GPRS, 3G, 4G, 5G and those other networks that connect your phone (and how you affect your Internet connection)

It provides reports, graphs, and tables that explain your consumption rate and proposes that applications must open only with WiFi and not 3G or other networks.

It also has features that explain the rules of billing, usage history and spending per application.

For those using Apple devices, SmartApp can be an interesting alternative to 3G Watchdog. It is compatible with iPhone, iPad or iPod using at least iOS 8.0.

It is an application that provides weekly notices, configured according to user preferences, creating graphs that display in different colors the trend of expenditure.

You can also set the alarm when you are near the limit of your data limit and see the information about the data spent or receive notifications on Apple Watch.

It works for 3G and 4G networks.

Learn How to upgrade android to latest version Oreo

5 Useful Apps: How to Make Presentations on Mobile