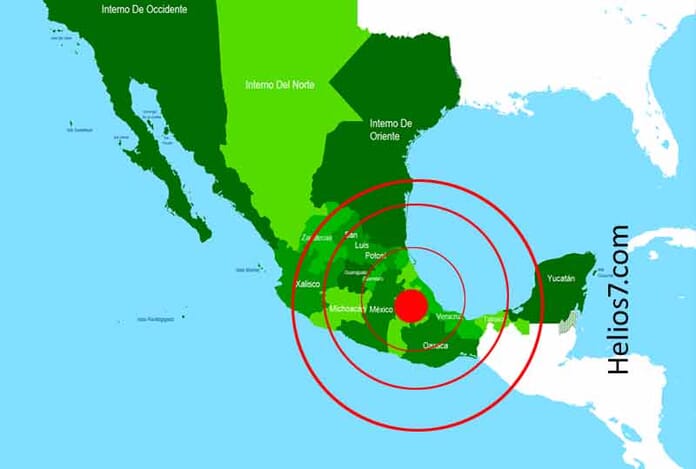 A powerful earthquake of magnitude 7.1 shook the center of Mexico Tuesday, according to the United States Geological Survey.

The US seismic agency located the earthquake 51 km deep and located its epicenter outside of Izucar de Matamoros, 55 km south of Puebla.

The Seismological Institute of Mexico reported that the earthquake occurred at 13:14 local time (18:14 GMT).The quake coincided with the 32nd anniversary of the devastating earthquake that left thousands dead in 1985 and came about an hour after the great earthquake simulation across the country.

Witnesses reported gas leaks and fires in several areas. In Mexico City, many buildings were damaged.

Witnesses told reports of serious damage to buildings, broken glass and falling telephone lines. “The seismic alarm sounded afterward.I went out to the street to be safe, and people saw many glasses fall, and the facades suffer a lot of damage.The street was filled with dust and smells very strong with gas.

“So we were very clear what to do: to go to the safe area in the most peaceful way possible, without running and without pushing. But we saw a light transformer explode, and many glasses fall, we are very frightened,” said one resident.

President Enrique Pena Nieto said in his account of the social network Twitter that called National Emergency Committee to “assess the situation.”

Benito Juárez International Airport canceled the service as the metro closed some stations.

Firefighters in Mexico City reported at least two fires and authorities asked citizens to verify structural damage in their homes.

Social networking users uploaded videos in which you could see the facades of some buildings crumbling and even how some collapsed.