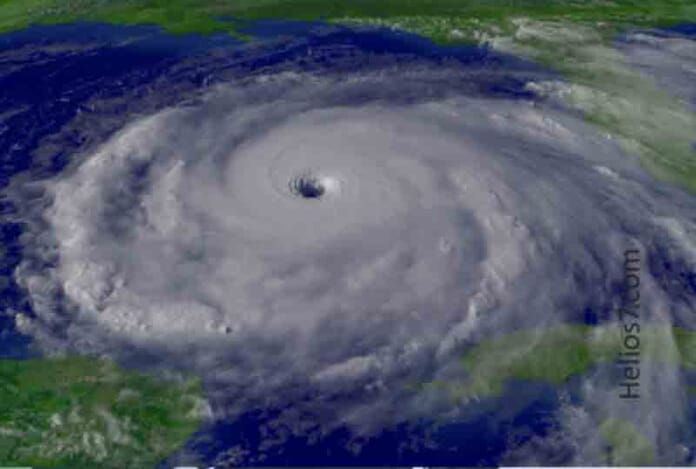 A few days after Harvey’s destructive US passage, another hurricane is wreaking havoc on the American continent. In this case, it is the Caribbean that is on alert by Irma, classified as a category five phenomenon, the maximum.

Why is Irma so dangerous?

With maximum sustained winds of 295 kilometers per hour, Irma is the largest hurricane formed in the Atlantic in the last decades, only surpassed by Allen, who in August of 1980 reached winds of 305 kilometers per hour and caused 269 deaths. By way of comparison, “Allen had a diameter of 2,200 kilometers, while Irma’s is about 750 kilometers,” explains Jesus Montero, a spokesman for the State Meteorological Agency ( AEMET ).

What criteria are used to classify hurricanes?

The Saffir-Simpson international scale, which was developed in 1969 by engineer Herbert Saffir and Bob Simpson, the then director of the US National Hurricane Center, based in Miami, is used.

This international scale comprises five categories and is based primarily on wind intensity, central atmospheric pressure and the eye of the hurricane. Thus Category 1 reaches winds of between 119 and 153 km/hour and can cause some damage, while those of category 5 exceed 252 km/hour and are capable of causing catastrophic damage. However, low-grade hurricanes have caused numerous casualties, as was the case with Stan, who, although he had category 1 and maximum winds of 130 km / h, killed 1,668 people in October 2005.

What is the hurricane eye?

This is the central region. The structure of the eye of the hurricane is seen as a hole from the satellite images: “It is characterized by the very low atmospheric pressure (of only 915 hectopascal), so that it can produce explosive effects and, therefore, the destruction that causes is greater, “says Montero. The speed of the winds in that region, however, is lower than in other parts of the hurricane. In the case of Irma, the eye reaches about 85 kilometers per hour. “As we move away from the center, they increase and can reach almost 300 km/hour.”

How are they formed?

Montero explains the three conditions that must be given: “First, that the temperature of the ocean is higher than 27ºC because at that temperature the water evaporates quickly so that these meteorological systems are formed.With the water evaporation process occurs a condensation that releases enormous amounts of energy and that is where the force comes out to generate those strong winds and rain.The second factor is that there is moisture because it is the energy that the hurricane needs, that is, the humidity is its fuel. And finally, there is a need for warm wind near the surface of the sea, which allows a lot of evaporation. The wind starts to rise, dragging the air in the form of a spiral. ”

How long is the hurricane season?

It usually ranges from April to November, although there may be hurricanes outside of that period. Officially the hurricane season of 2017 began on June 1 and ended on November 30. The first system was formed on April 19.

Do Category 5 hurricanes occur every year?

According to Montero, ” Irma is the first category five hurricane to form in the Atlantic this season of 2017.” Harvey, who had top winds of 215 km / h and caused 60 deaths, was classified as a category four hurricane. “In recent years we have Category 5 hurricanes.”

Has the number and intensity of destructive hurricanes increased in recent years? Does climate change affect the hurricanes that are occurring?

Recent climate studies have argued that, as ocean temperatures rise, extreme events such as large hurricanes will increase. However, Montero believes that for the moment that scenario is a possibility: “With the data, we have now we can not conclude that the number of hurricanes is higher or that it is related to the effects of climate change.” In his view, “destructive hurricanes have always been because they are associated with a series of conditions that occur in the Caribbean and have little to do with climate change.”

What other hurricanes have been Category 5 in recent years?

How is the prediction made?

Its study is part of the monitoring program of the World Meteorological Organization (WMO). “The prediction methodology is based on probabilistic techniques,” explains Montero. “Remote sensing systems that use satellites to watch planes Currently several methods are used hurricane hunter approaching the system.”

What is Haarp Controversy and how it is related to Irma ?

Women who Charged 3.5 Million for Exorcism Charged with Tax Evasion

Hurricane Irma Continues to Move Through the Eastern Caribbean

Hurricane Irma has destroyed 90% of the Barbuda Island and Caribbean...