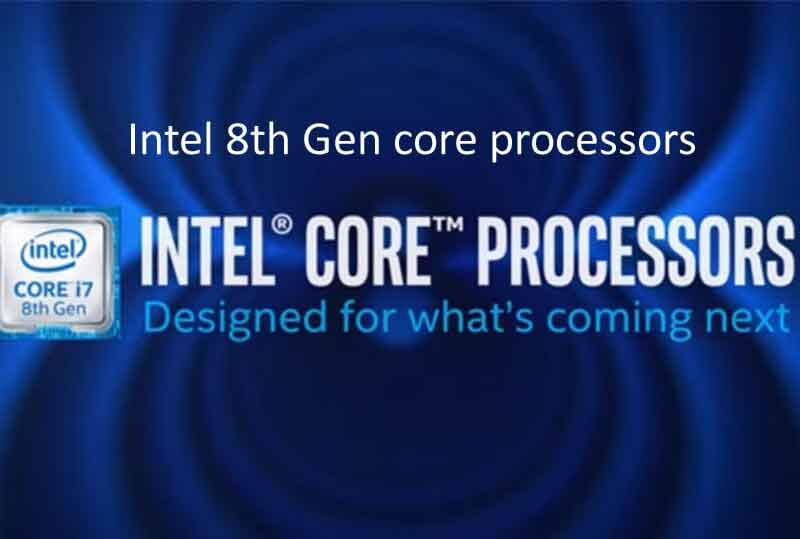 The company says its next-generation processors will improve performance by 40 percent, with a focus on 4K resolution and virtual reality, among other things.

Therefore, one of the great promises of the eighth-generation processors of the Core i series that has just announced is that these new chips are twice as fast as those with five-year-old laptops . That’s not so much, because in the last five years we’ve seen titanic improvements in the performance of processors for laptops , desktops, hybrids and tablets.

Something potentially more interesting is Intel’s promise to improve up to 40 percent the current seventh generation of Core i series chips, which many PC makers have barely integrated into their latest models. Intel called it a performance jump that happens “once in a decade” during a meeting with journalists.

Each generation of new Intel CPUs receives a codename, but possibly the eighth-generation chips are divided by (at least) two. These early eighth-generation processors, which according to Intel are “specifically designed for thin and light 2-in-1 hybrid premiums ” will retain the code name Kaby Lake of the seventh generation, though they will be called Kaby Lake R, “refresh” (Update or refresh, in English).

The following eighth generation chips may be part of a code name that has already been revealed: Coffee Lake. These will use the same 14 nanometer (nm) processors as the previous generation, which is a measure of the transistors that are used to make semiconductors. The expected move to smaller parts of 10nm is not anticipated until 2018, although Intel has already given several clues about its future plans, and these could also be part of the eighth generation.

Intel expects to launch its desktop CPUs in late 2017, and more processors for laptops in early 2018, so it will be necessary to wait for the company to release more information on lower power processors, such as Core M and Core i3, as well as the higher capacity, such as Core i9 chips .

The future is 4K

Without a change in the code name or in the 14mn process, what’s new? Intel has stated the following as the reasons why the consumer should want an eighth-generation CPU on their next laptop :