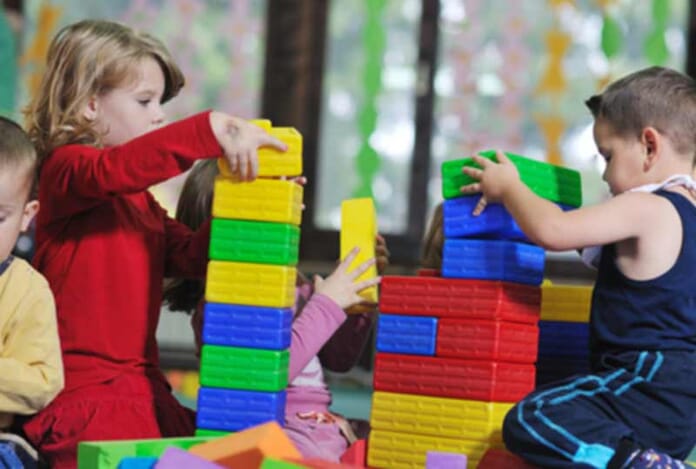 Your role as a child educator involves the development of imagination in children, key to their success in adulthood because they will be able to generate alternative solutions to a personal, work or professional problem. We bring you some techniques to encourage creativity in children , which despite their obviousness, can be varied to achieve an innovative effect if we know how to use them in the classroom. If you wish to facilitate your kid’s creative thinking then make sure to follow some of the tips given below:-

A classic that allows vast possibilities when we introduce the concerns and ideas that students have every day. Instead of just telling a story, it generates a debate in the classroom for children to come up with alternative endings or relate the story to their current context. Keep in mind that books illustrated with bright colours will naturally arouse the curiosity of the little ones.

“What would have happened if …?”, “And what would you have done?”, “What do you think the princess does on her weekends?” Are some triggers that will catch the children’s attention and motivate them to take part. Also, the answers can be given orally after group discussion, in a drawing, a manual or writing.

Writing is a vehicle that strengthens trust, in fact, children with a deeper imagination more easily become independent writers. They develop vocabulary, improve their understanding and practice empathy when they profile different characters expressed in their own words. The continued practice of writing and reading leads to greater interest in curriculum subjects as the child progresses in his or her formal education.

Dramatization is a tool to explore the world, putting yourself in the shoes of others to understand their way of thinking. Encourage them to represent a story with puppets or disguising themselves with objects created in a plastic workshop. You will be teaching them planning skills and teamwork, as well as expressing their emotions and integrating them with cognition.

It is essential that children express their mood, whether positive or negative. Make them know the right words to express what they feel so that they can understand it better. You can create paper faces with emotions such as joy, anxiety, sadness or anger and each child should interpret that mood, or find out what it was to his team ( a variant of the saying with mime).

You can also apply the role change in the classroom to encourage them to relax their attention. For example, ask a group to be the teachers during the day and teach them something else, or change a class rule for another created among all to learn to respect the collective consensus.

The first thing we usually think when we imagine a child developing their creativity is in a handful of infants sitting around a colourful table with their hands plastered in the paint and a few sheets of abstract drawings that only make sense to the author. Despite the obviousness of art education through craftsmanship, it is important that custom is not lost because children channel their stress down this path while acquiring fine motor skills.

Crafts are a cliché that motivates decision making regarding colours or materials, help solve problems and release energy. You will be transmitting tools to concentrate on a single task (something very difficult for the little ones), to capture a vision of the world and to pay attention to the instructions, because they will have the fixed sight for you to understand how you do your manual and to replicate it, since you are The authority figure they have at the moment.

It appeals to innovation in classical technique, avoiding to give them an exact model of what they should do. You can assign a different job to each child so that their brain works on their ideas. Plasticine, glitter, glitter, textured papers, post it, crayons, markers, pencils, watercolours, woods, shells, laces, ribbons, broken objects … any manipulable element is a source of inspiration.

An innovation methodology used by designers to solve problems in their field, which has been transferred to education as an incentive for creativity. It tries to foster qualities such as listening, observation and constant testing. Mistakes are part of the process; it is desirable that the child is mistaken if he obtains a positive conclusion from the situation instead of being overcome by failure.

The students will share proposals to solve a problem according to their age and linked with a concern of the moment. They must work in teams or in small groups that will expose their results in front of the others. They will try out proposals for themselves to prove their success or failure, no matter how far-fetched the idea.

Never underestimate a proposal or inhibit the imagination of the little ones, infusing them with fear of ridicule. Design Thinking is based on the prototyping of step-by-step solutions and on commissioning to check its operation. They will be the ones who discard the ideas when they prove that they do not act as expected, choosing the best of the options because they confirmed its usefulness.