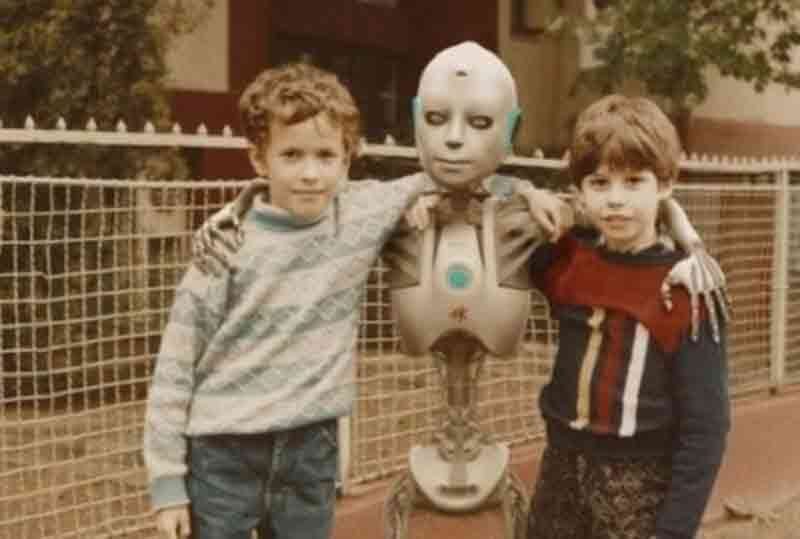 Zach Klein told in person how he loved “playing Sim City and designing web pages” as a kid. But with some sense of guilt when he entered high school he forced himself to spend less time on the computer and more on the sport. In time, he eventually moved to New York and found a company, Vimeo – a more elitist and sophisticated YouTube species – that sold for a million-dollar figure within a few years. “My original passion for the Internet turned out to be very valuable to the economy a decade later.” “It’s difficult to predict what skills will be most valuable in the future,” said the Associated Press. “It’s even harder to come up with the connection between children’s interests and those skills.”

Klein likes to set Minecraft as an example: toddlers are learning to design in 3D with this game in which worlds and buildings are constructed as if they were part of a giant virtual Lego without limit. In fact, what started as a simple game is already a tool in thousands of schools.

65% of children will end up working on something that has not been invented yet.

According to education expert Cathy Davidson, 65 percent of children will end up working on something that has not been invented yet. And a study by the American manufacturer Dell says that 85% of the jobs they will aspire to in 2030 do not exist today.

It is not easy to see some examples that a decade or two ago would have been unthinkable: the omnipresent Community Managers who manage the image of brands, companies and celebrities in social networks; The drivers who map the streets for Google around the world in their Google Cars or bitcoin miners , who patiently prepare and optimize servers to run the economy of crypto-currencies.

At DIY.org, a community for youth ages 6-16 is taught some of those “out-of-the-ordinary skills.” Some are simply another way of viewing classical subjects, such as chemistry, literature, and writing or illustration. Others go a little further: special effects, cartography, and navigation applied to games. There are also other more eminently practical ones such as web development and rapid prototyping or the creation of simulations. Among its promoters’ favorites is “roleplayer,” which includes skills to create scenarios and scripts for games, creative writing, staging, improvisation and even the creation of rules and instructions manuals.

All these activities develop aspects that go beyond what is usually taught in school: to create functional prototypes of machines and apps, models to simulate how a physical process works or practical social skills such as creating a virtual community from scratch And animate it or know how to move through virtual worlds as a team.

Some of the technological trends are already a clear reality: robotics, artificial intelligence or virtual reality. Not to mention the importance of all types of power sources, cloud and data management and virtual servers that do not rely on a physical location in a building with bunker-like appearance as in the past.

The fields covered by artificial intelligence are increasingly broad. Some of these systems require prior training – a start-up phase – which in many cases can only be performed by humans reviewing images, videos, actions and so on. These trainers first teach automatic systems the basics; Then what they do well and what they do wrong; Later they are dedicated to fine-tuning their decisions when they are not certain. As authentic teachers – they range from nursery to master.

In their most advanced versions machines have to make decisions in an instant, many times of life or death. One of the most classic examples is the so-called tram dilemma, which may have to deal with the software of self-employed cars soon. It is like this: if a self-propelled car circulates when a girl falls on the ground, and the only way to avoid running over it is a volcano that will cause the car to fall on a precipice and with complete safety kill its occupant, what should I do Car? Save the girl? Save the driver? What if a large group of schoolchildren came out of nowhere?

Artificial intelligence replicates the functioning of the human brain, and it takes people who can understand how we function

As Silvia Leal of Digital Talent stated: “People who have studied philosophy and have a knowledge of logic will not be short of work. Artificial intelligence is what it does to replicate the functioning of the human brain, and people who are capable of Understand how we work “.

In an area as interesting as human-machine interfaces , which directly connect a person’s brain or organs to a computer (allowing walking, talking, or even seeing those who can not do it on their own) A teaching-learning phase which, although carried out by the subject himself, must be supervised by someone with sufficient knowledge to understand how the algorithms of artificial intelligence work.

It seems clear that profiles will also be needed to deal with issues such as who is to blame if a robotic arm breaks your hand? And even experts who understand what accidents drones and all sorts of gadgets, such as flying cars or jetpacks, may be, for which there is not yet clear legislation. Lawyers? Experts? Insurers? They may end up with a completely different professional title.

What we know about the most subscribed fields of technology
In the field of the drones, one of the most advanced, there are already many academies of drone pilots in Spain where it is taught as in the driving schools of the future. There are even specialties: sports piloting, photography and video … Drone Spain already warn that this sector that was recently limited to toys is already mature: “There are about 20,000 pilots trained in Spain and will not reach 100 working daily, So we advise against paying for an official certificate looking only to be hired by drone companies. ” At the moment 90 per cent seeks to take the title simply by hobby.

The palm of all the skills for the work of the future may be the data scientist, which The New York Times called “the sexiest profession of the 21st century.” The fact is that with the availability of massively updated information in real-time from multiple sources (the so-called Big Data ) is provoking an inordinate demand for mathematicians, statesmen and information technology professionals who can digest and take advantage of These data. Because they are often the key to the business.

The data scientist is not an ordinary profile, but all companies will need it

The skills to be a good data scientist are extensive theoretical knowledge about mathematics, especially statistics, good theoretical knowledge of programming (regardless of language, which will depend on the applications to be developed), databases and information exchange standards. The scientific data is not an ordinary profile, but all companies will need it. Hence there is a lot of demand, and it is also a very well paid job.

Developing some of these skills as part of the early technological adventures of today’s children may be important for future curiosity about such projects. So perhaps that spending part of their time with the tablet and its logic games, or with the mobile classifying pokémones or calculating which heroes of fantasy battles are more appropriate to form equipment is not such a bad idea.