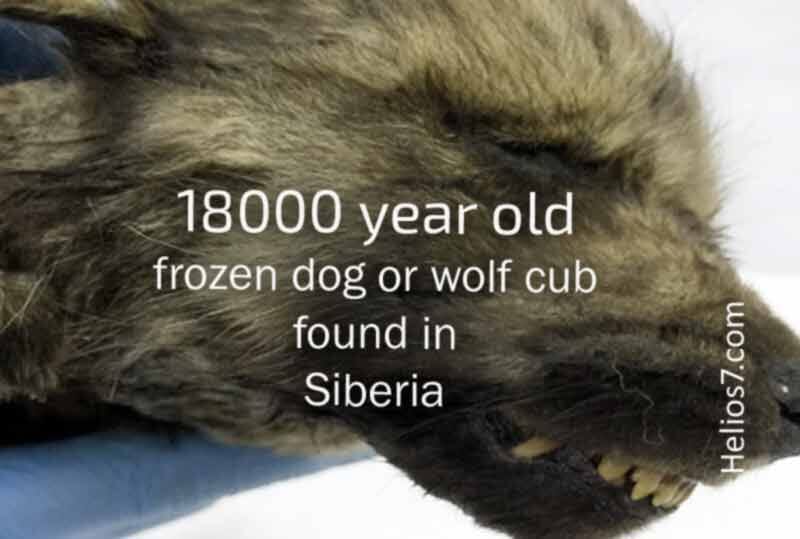 The body of a 18,000 year old puppy found frozen in Siberia has baffled scientists, who are not able to determine whether this puppy belongs to a dog or wolf species.

It is not known exactly if it is a dog or a wolf. Or an ancestor of either or both.

Even DNA sequencing has not been able to determine the species.

It is further estimated that the canine was two months old when he died, and his body has been preserved almost entirely in the permafrost of the eastern Siberian region, with its fur, nose, and teeth almost intact.

Scientists believe that the recent discovery may represent an evolutionary link between wolves and modern dogs.

How age of the animal is determined?

Carbon test 14, also known as radiocarbon dating, was able to determine the puppy’s age when he died and how long he has been frozen . This is the most reliable isotope-based method for knowing the age of organic samples that are up to 50,000 years old.

Genome analyses showed that the mammal was male.

The researcher Dave Stanton, from the Center for Paleogenetics of Sweden, told international media that, since the exhaustive DNA studies failed to establish the species of the puppy, it is possible to think that the puppy comes from a breed that would be an ancestor Common dogs and wolves.

“We already have a lot of data, and with that amount of data, one would expect to know if it was one or the other (dog or wolf),” said the expert.

Another researcher from the Swedish entity, Love Dalen, published on Twitter that the specimen found maybe a wolf cub or “the oldest dog ever found” and highlighted the surprising finding.

The scientists in charge of analyzing the animal’s body announced that they will continue with DNA studies and anticipated that their findings could reveal a lot about the evolution of dogs.

It is believed that modern dogs are descendants of wolves, but there is a debate about when they began to be domesticated.